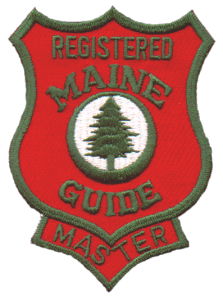 The State of Maine began officially licensing guides in 1897 (and still does so today), which ensured that visitors would get a guide both skilled and experienced. Early guides became licensed through a sort of informal apprenticeship system, picking up forest skills from a previous generation. Amply outfitted with handed-down experience, the Maine Guide became an icon of the North Maine woods.

Capt. Armand went through an apprenticeship with a number of Northern Maine Guides in Hunting , Fishing and Canoeing the Allagash, obtaining his certification in 1978.

Why are we so special? 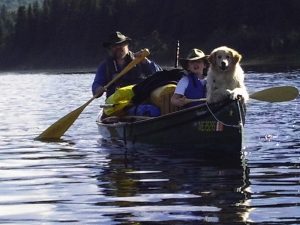 Your guide, Captain Armand Michaud, has been a Registered Maine Guide for almost forty years, proudly earning his license as a young man in 1977. The arduous journey it takes to receive this board certified state licensure led Armand down an almost ancient and certainly time-honored path as he served his apprenticeship with various wilderness outfitters and guides based in the Great North Woods of Maine.

Armand, even as a youngster, felt a strong calling to the majesty of the outdoors. He began honing his now-vast set of outdoor skills with the Boy Scouts, eventually obtaining the rank of Eagle Scout. After earning his Eagle Scout badge and serving his Maine apprenticeships, and while still a college student at The University of Maine – Fort Kent, Armand began working as the Lead Guide in both the United States and Canada on a variety of hunting, fishing, sea kayaking, and canoeing trips lasting anywhere from 5 to 11 days. One of his favorite outdoor expeditions is paddling the Allagash River, and he knows every bend and ripple on this waterway and many others like the lines on the palm of his hands. 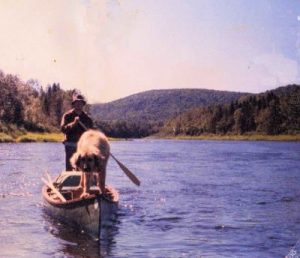 In 2000, Armand moved to southern New England to study and work towards his 100 Ton Captain’s License through the U.S. Coast Guard. After earning his license, he began working on off-shore research vessels and whale watching boats. Though Armand enjoyed his work as a Captain immensely, it wasn’t long before he felt a strong desire to return to his roots, to his strongest identity as a Registered Maine Guide. He, along with his refurbished 20 foot Jackson Freighter Canoes outfitted with 8Hp outboard motors, are now once again traveling the lakes, rivers, ponds, and waterways of Maine and Canada. These canoes, these venerable works of art, are exceedingly stable and offer a great platform for fishing. This outfit allows him and his guests to comfortably and elegantly motor up the river ways to some of his famous and off-the-beaten-path fishing spots. Whether you catch a fish or not, you will surely return home with a host of true yet almost surreal stories of a bygone era from one of Maine’s most experienced and truly legendary guide.

OUR ADVENTURES THROUGH THE YEARS